My previous two posts addressed what to expect when you’re booked as a principal actor on a film or TV show for the first time, and this post will wrap up the series as we dive into the process of actually shooting the scene.

I really hope you’ve enjoyed this series. Comment below to let me know what else you’d like me to write about!

Remember, we’re assuming you booked a co-star role on NBC’s Chicago PD, which shoots exclusively in Chicago. It’s a functionary role, and your job is to push the story along, not to stand out and shine. Even though you may be the most excited you’ve ever been as an actor, this is most definitely NOT your moment to stand out, but to be a team player.

You’re allowed to be proud and enthusiastic about being there, just realize that for everyone else, it’s just another day at work. So do your best to adopt that mindset yourself.

My trick? I think of TV shows as just big commercials. I try not to get wrapped up in the number of eyeballs that will eventually witness my work.

Once lighting and cameras are set and everyone knows the deal, 2nd team will be dismissed and 1st team will be called to the set. Any last minute blocking changes might be discussed, and depending on the scene, this might also be the time to double check certain things.

For example, the door knob on Voight’s office door doesn’t turn the way you expect. You have to turn it to the left instead of the right. More than once this little detail tripped me up when I was shooting a scene, so that’s taught me to check set pieces before I use them. Same goes for just about anything you touch or interact with. Test things out so you get a feel for how they work. Crew members might also make you aware of any hazards or potential complications which might get in the way of your blocking.

Chances are you’ll do one final rehearsal before actually shooting the scene, but some directors like to shoot the rehearsal in case it goes well enough to potentially use. Once shooting is underway, you’ll play out the scene as you did in rehearsal. In between takes the director will come and give comments. Sometimes they’re for the camera guys, sometimes for the actors. The director may have notes for the series regulars or for you. Take them in stride and change up whatever you’ve been asked to adjust.

Hopefully by this point everyone is happy with the scene’s writing, but there are times when it’s just not working for someone. Back in season 4 of the show, I was shooting a scene with Jason Beghe, who plays Voight. He has a great sense of story, and something was bothering him about the scene as written.

He felt plot points from earlier in the script made some aspects of the scene inaccurate. After getting a couple takes of the original, all of us, the director, Jason, the writer and myself worked on changing the words to fit the new reality that Jason uncovered, and we shot it again. In the end, the scene was cut from the episode, but it was fascinating to re-work a scene as it was being shot.

A lot of directors shoot a master shot first, which establishes who’s in the scene and where it’s taking place. However a lot of shows, including Chicago PD, shoot three cameras at once if they can. So it’s conceivable that they’ll get a master shot and one or two other shots in one take. Usually, though, the director will shoot the master, then go in tighter on the series regulars, and tighter shots on the co-stars will be done last, though this can definitely vary.

At some point the director will be happy with the options they have and you’ll be wrapped! On Chicago PD they’re really nice, and the first AD will probably thank you very publicly, and everyone will clap for you as a way to send you off on a good note.

If you can, thank the director for bringing you in, and quickly say your goodbyes before leaving. A PA will escort you back to your trailer, where you’ll change out of your wardrobe. Hang the garments back up on the hanger. We don’t need the costume staff to think co-stars are slobs. 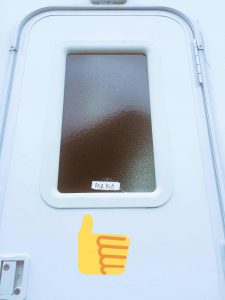 The second 2nd AD will have you sign out, and you’ll be free to go! Congrats on your first big time TV booking!