You’re an actor, or you’ve always wanted to be one. You’re a little light on practical experience but you have a lot of drive, and you just need to be pointed in the right direction to get started.

You’ve come to the right place! I’ve been acting professionally for about 20 years, and I’m going to spill my guts on how to get started as a professional actor with little to no experience.

First, if you’re an actor in the Midwest, you should definitely check out the book Acting In Chicago, which is the only book written specifically for actors in the Midwest. No matter where you are in your acting journey, Acting in Chicago can help get you a few steps further.

Next, subscribe to my channel on YouTube. Every week I post new videos on acting and voice over, and they’re super informative. I don’t want you to miss them.

Now, let’s get you started acting even if you have little or no experience.

I hope you’re not expecting a clearly defined set of things you have to do to get started, because there aren’t any.

See, being an actor isn’t like other jobs. There are many ways to get started, and every actor’s path is different. What works for one doesn’t necessarily work for others.

But don’t worry! Finding your path is part of the fun.

So I’m going to give you three ways to get started in the world of professional acting, and hopefully you’ll be able to take bits an pieces of each and apply them to your own situation.

Ready? Path number one: Going to college for acting.

Now I know that you may have already gone to college and you’re not interested in going back. Hang out for a minute because I have more info for you later in the post. BUT!

Many actors get their start after being admitted into a university acting program. These actors typically express an interest in high school, then spend 4 years learning about acting and theatre. They’ll graduate with a theatre degree, and in their senior year a lot of schools have a showcase for their actors attended by agents and talent managers, and actors will get their representation that way.

I’ve heard that students who go this route graduate with a lot of information, but they’re a little light on real world working experience because the schools don’t like their students to work while they’re in school. But there’s some great stuff being taught in these programs, so you may want to look into it if you don’t mind the time commitment and expense of going to college (maybe for the second time). 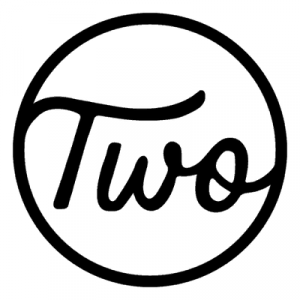 If that’s not for you, here’s path number 2: Learning from independent acting schools.

Every metropolitan area has at least one acting school that isn’t associated with a college or university, and is owned by an actor or group of actors. In contrast to 4-year programs, these schools offer short term classes, lasting maybe 6-12 weeks.

That means you can go at your own pace in these schools, as your time and budget allows.

Students are usually taught by working actors, which means they’re getting information about their market from someone who’s currently pursuing the business. That’s valuable.

The downside is that most independent schools are less prestigious than university programs, and they sometimes do little to help students secure agents, but that’s not a problem because most actors are on their own when it comes to getting representation.

The 3rd way people get started acting professionally is not what you’d expect:

Now, I definitely would NOT say that being an Instagrammer or YouTuber is a good way to get into acting, but plenty of people who master those platforms do land in scripted projects. Thing is, they’re usually not actors, so they still need training.

I hope you realize that no matter what, no one acts professionally without some training. You may have a natural gift for acting, but classes will teach you how to apply it.

If you don’t have access to training centers in your area, look up your local community theatre. Many of them offer classes, and if they don’t, go in and ask to audition for one of their productions. It’s community theatre, so it’s available to everyone. They’ll be happy for the help.

If that’s not an option, volunteer to do a play at your school, or get involved at your church or other house of worship. Many have drama programs and need volunteers.

Meeting and being around other actors is a great way to pick up information.

If you look for them, there are opportunities to learn while you act, everywhere.