For a while, my wife and I were regular watchers of Project Runway, the fashion competition reality show. The show has a meme-worthy mantra, repeated in every episode: One day you’re in, and the next day you’re out.

I thought of that this week when it was announced that a big show fired a new cast member just days after hiring him.  Their decision stemmed from some ugly stuff the comedian said while trying to be funny.

That guy brought it on himself, but in our business, this kind of casting and un-casting can happen to anyone even if you have nothing cringe-worthy in your history. Actors are always at risk of losing work they thought they had.

Tales From The Cut Side

In the actor blogosphere (if there is such a thing) I feel like there’s a lot of emphasis placed on the positive aspects of being in our business. And that makes sense. Being an actor IS great. It comes with a lot of benefits not available in other occupations.

But one big downside is that for the most part, our employment status is determined by other people, and they can change their minds at will. Any experienced actor can tell a story about the job(s) that got away, despite doing everything they’re supposed to do and doing it well.

Here are a few of those stories, told by actors who didn’t have to cross a societal line to lose an opportunity. The lessons they’ve learned are well worth hearing and passing on.

Look, we love being actors, but there’s no denying that sometimes the business does not love us back.

How The Dominoes Fall

A couple years ago, Brian King (The Chi, Candyman, Widows) booked a commercial for a national pizza chain as the on-camera spokesperson. The spot was written as a walk-and-talk about the fastest pizza box assembler in the world. They actually brought in the real pizza box champ from Canada, who flipped and folded boxes all day behind Brian as he delivered his copy to the camera. The creative team also shot plenty of b-roll of just the pizza guy doing his thing. 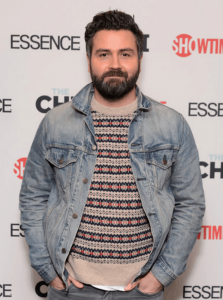 Brian goes on to say, “Overall I think the shoot went well. The pizza box folder guy was the nicest guy and was so excited to be there, he got flown to the U.S. and everything. They worked him so hard, I remember his arms were shot at one point but he persevered on.”

A month later, Brian’s working out at the gym and the commercial comes on the club TVs. “I notice myself nowhere to be found in the spot. The script we shot was 90% me talking and him doing the other 10%. But they had edited the spot to include just his inserts, and they added a shot clock next to him in post. It makes sense from a marketing standpoint. Why not just get directly to them being all about fast delivery? Why slow it down with my character?”

Being cut out of a campaign never feels good, but how it happened didn’t help. “I was never told I was edited out or removed from the commercial. Not a word. Just found out that day at the gym. I once booked a national commercial in LA that never aired, but I found that out via a letter from my agents’ accounting department. This? Nothing.”

He’s pretty philosophical about the whole experience. “Things change all the time. So, you have to build the muscle of just doing the work, enjoy that experience, then move on to the next job. If I’m lucky enough for it to air, bonus, but I can’t bank on that money or that opportunity existing until I actually see it, because as simple as it sounds – that’s just how it works.”

But I’m in The Publicity Photos!

Gail Rastofer (Chicago Fire, Crisis) booked an episode of a popular TV series. The role was right up her alley, a smart, hard-nosed attorney defending the show’s star. It was a one-episode booking for the season 2 premiere.

At the time, the series was in the top ten and getting a lot of attention from the press. The network released a still image to promote the episode. There was Gail, standing next to the show’s star doing her lawyer thing. The photo ran in every high profile media outlet you could think of including The New York Times, Rolling Stone, and Entertainment Weekly.

When the episode aired, Gail was nowhere to be found.

Gail had planned on using the footage for her reel. She says, “My brand is structured, high-status, by-the-book women.  This role was right on brand and was going to be a solid example of me showing those skills on a major network show. Certainly…it meant a credit on my resume which is VERY important, along with having good footage of your brand. I lost both of those things and I did not know it until the show actually aired.  No one had contacted me to say I had been cut.”

This wasn’t the first time Gail lost a job she thought she had. The first was a commercial booking that disappeared. “It was kind of devastating because I was in the fitting, being paraded in front of creative, producers and the client, and when the fitting ended, I was informed that I was being released.”

She’s learned from that experience. “At the time I took it so personally, but I have come to realize there is so much that goes into what makes to air and what doesn’t. Is it disappointing? Yes. Does it happen? Yes. As an actor, you have to take it one step at a time. I now never assume that the work I do will make the final cut.”

Gail’s experience also taught her to keep any good news to herself, at least at first. “I don’t post on social media during the actual shoot. Personally, I think that’s bad form. It is just the worst to have to say, ‘Oops, my bad!’ after having humbled bragged your entire day on set and ending up on the cutting room floor. Wait until it airs…then post away!”

As for me, I can tell plenty of stories about how I’ve been cut out of movies and TV shows. I’ve also been replaced in commercials. I’ve been cast and then re-cast days later. The takeaway is that actors need to let this kind of stuff go, and trust that when a door closes, another one will open up.